History: The Beginning of Golf Cars 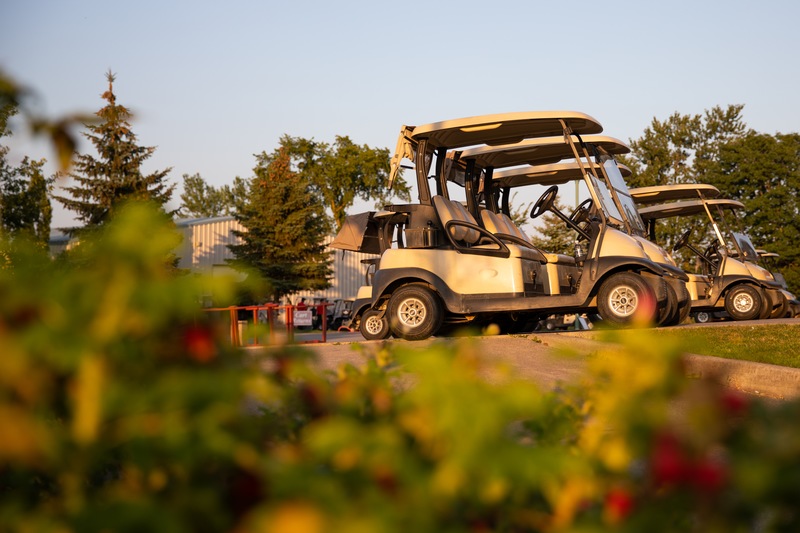 With roots nearly ninety years ago, golf cars have come quite the long way. Though originally known as, and still popularly called “golf carts”, this is actually quite archaic, with the correct term being “golf cars”; the “cart” refers to anything that is not self-propelled, as they were not long ago, though all modern golf cars are. The following is a brief history of the beginning of modern golf carting.

Since the 15th century, golfers had always carried all of their equipment themselves, their caddies with clubs and other necessary equipment. In the early 1930s, two individuals separately began working on what would wind up eventually becoming our modern golf carts. On Florida’s west coast, we saw Lyman Beecher invent a golf cart pulled by two caddies that required human power, but allowed for him to still traverse the hilly courses without sacrificing his health, which was in decline.

At the same time in Arkansas, J.K. Wadley purchased a three-wheeled electric car to use while golfing, their purpose normally being to help transport the elderly around town shopping. He would modify this to be something more like Beecher’s rickshaw-style model, putting two wheels on the front and adding a battery-operated engine. It was inefficient, though, requiring six car batteries in order to complete one 18-hole round of golf. Though they began to be produced throughout the 1930s and 40s, these electric cars were not widely used or accepted, most people still preferring to walk the courses.

The use of golf cars surged in the mid-century. R.J. Jackson, a known oil tycoon, filed a U.S. patent for the first gasoline-powered car, marketed towards those that were ill, elderly, or otherwise had difficulties walking the distance that golf requires. However, these emitted large amounts of smoke and noise, and were therefore banned from many courses over the country, so there was little success in the end.

There were some other attempts at marketing golf cars at this time, such as the Marketeer. Founded in 1951, these cars were the first manufactured electric vehicles made for golf specifically. By the end of the decade, a market for golf cars bloomed, yet they were pricey and still banned from many golf courses. Over time, though, this changed; golf courses began realizing the potential revenue from allowing golf cars around and began allowing their use and even providing rentals for those unable to purchase the cars.

What we know of today as EZ-Go golf cars began in 1954 by two brothers, Billy and Bev Dolan, in their Augusta, Georgia garage. After a first round at making golf carts, they moved to Grovetown, Georgia to begin wider-scale operations. After expanding the company more and selling it to the industrial conglomerate Textron, the company moved back to Augusta, where they are still located today.

Michael Tomberlin founded his original company in 1992, as a manufacturer of different types of low speed electric vehicles and street legal transportation. In 2006, this transformed into Tomberlin Automotive Group, a subsidiary of Columbia ParCar Custom Carts, Inc. They are based in Leesburg, Florida, and were founded with a focus on making environmentally-friendly and affordable golf cars. Their three principals were safety, performance, and style.

Golf cars have come a long way from what we once knew. Check out your local Flagler and Volusia County golf car dealer, Tee Time, to find your very own EZ-Go or Tomberlin instead of towing your equipment around by hand.